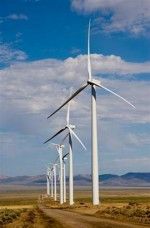 On Sunday, March 21, students using the Case Library found their studying interrupted by periods of darkness resulting from a lighting error that persisted for five hours. Despite their best efforts to address the situation, the members of the library staff were ultimately helpless because they had no direct control over Case’s lighting.

In fact, the ‘light switch’ that was responsible for the unfortunate mishap was located in California, at a Glendale-based electric company.

“Colgate chose an outsourced system that would program the lighting schedules for Case-Geyer and Ho Science Center,” University Librarian Joanne Schneider said. “What happened is that a staff person at [the] company … overlooked our instructions to turn the lights on at 10 a.m. that morning to reflect the change back to our regular hours after the Spring Break when he was programming the lighting schedule.”

Though the company in question, Lighting Control and Design, originally provided online support in the event of a scheduling mishap, this service was discontinued with the economic downturn. As such, there was nothing that could be done to fix the lighting irregularities that arose that day.

The campus reaction is largely one of understanding. First-year Danielle Solomon, who rarely studies in the library apart from major exams, argues that “considering the increased cost of operation, there are better options than keeping that building open.” As such, Solomon did not see the lighting malfunction as a major issue. A similar sentiment came from first-year Patrick Gillick, who expressed a desire to see some fraction of Case open slightly earlier in the morning for “emergency printing” but otherwise did not express any dissatisfaction with its current operating schedule.

In explaining the reason for this setup, Schneider pointed out that Lighting Control and Design was originally chosen by contractors working for Colgate on the recent building project to optimize networked technologies to easily turn lights on and off. The reasoning was that this would indirectly support Colgate’s sustainability goals by avoiding the scenario in which lights other than the small number of emergency lights have been inadvertently left on.”

Though Schneider believes that this remote activation plan has merit, steps are being made to allow manual operation in the future.

“Because I think it is likely that there will be more of these outages in the future, I have been working … to obtain funding to transfer system oversight for the lights to [a company] in Syracuse which helps us manage the building’s security system,” Schneider said. “As part of [the transfer], a local control system will be installed on the Colgate campus in June.”