In the Light: Mike Schneider and Matt Muskin 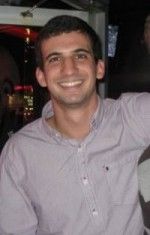 It’s not often that elected officials can survive their terms without the taint of some sort of political scandal, but Colgate seemed to luck out when they elected seniors Mike Schneider and Matt Muskin to office as Student Government Association President and Vice President last year.

“We really wanted to create an open, active line of communication between SGA and the students,” Schneider said. “Everything should be student driven. In the past, student’s issues really didn’t make it into the room. We worked to change that.”

And for the most part, many Colgate students would agree that Schneider and Muskin succeeded. Whether it was creating better hours for the library café or working on the never-ending issue of the Cruiser, Schneider and Muskin have managed to make a great difference over the course of their one-year term.

Though both seniors have spent four years in SGA, they are also present in other places on campus. Schneider, a political science major hailing from New Jersey, is a brother at Phi Tau and very much enjoyed “traveling all over the world on Colgate’s dollar” as a member of the Debate Society. As for his counterpart, Muskin is an English literature major originally from New York City. Muskin is a great music fan, as well as being an important presence inside the Admissions Office.

But out of all the things they have done at Colgate, both agree that being elected President and Vice President was the most important and rewarding.

“Being elected was entirely humbling,” Muskin said. “I still remember getting the call at 5 a.m. from Mike saying that we’d won. It was incredible.”

And though the torch has (finally) been passed off to their predecessors, Schneider and Muskin hope that some of their ideas can carry on after they leave.

Next year will find Schneider working in Washington D.C. at a digital political consulting firm, while Muskin is still searching out options in the fields of communication and paralegal work. He hopes to get a job at the Department of Justice.

Now in their final weeks, Muskin and Schneider were eager to pass on advice.

“Just try a lot of different and new things,” Muskin said. “You can try something once and never do it again, but you might find something that you really love. There’s a lot of doors to be opened here, you just have to find them.”

“Get involved,” Schneider said. “Almost anything you want to get done here, you can. Have a lot of fun. Have a good work-fun balance. Realize that Colgate is an incredible place and you have one chance to make four years the best.”