Students to Pay for Cable Television 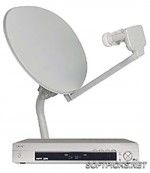 Within the Colgate bubble, the global economic crisis is not a frequent topic of discussion. That is, until it affects the daily routines of students on campus.

Starting in the 2011-2012 academic year, students will no longer be given free basic cable television. All on-campus students will be forced to purchase any cable services for their dorm rooms or do without cable television altogether. At the forefront of this action is the Economic Environment Working Group (EEG), which according to the Colgate University website “is charged with identifying scenarios for strategic realignment of Colgate’s operating budget as a result of the economic downturn and investment losses.”

Vice President for Finance and Administration David Hale said the move came as a result of efforts to eliminate costs for the University that did not cut into the academic portion of student life.

“At a time when we are looking to preserve academic programs and key student support services, free TV service was determined to not be economically sustainable for Colgate,” Hale said.

Hale said the move came as a result of meetings the EEG had with “faculty, staff and students over the past year.” Despite these efforts, junior Elora Apantaku said she does not believe this is the best cost-cutting measure for the school to take.

“I don’t think they are thinking about this fully,” Apantaku said. “I feel like there are many more areas where cost-cutting would be more beneficial for students.”

Accordingly, Hale said this is only one of many measures being taken as a result of EEG recommendations.

“The University has had to implement many cost saving measures including a salary freeze, elimination of staff positions and budget cuts for every division across campus,” Hale said.

Junior Chelsea Hoffman believes that while this may not seem terribly important to students when compared with the other measures taken – including wage freezes – it still strikes a chord with the student body.

“In the grand scheme of things, yes, it is something that is more trivial. But at the same time, it is possible that there are other sources of cutting costs, for instance, the random towels they throw out or the fireworks at the Raiders games,” Hoffman said.

Both Hoffman and Apantaku were sure that such a change would not be well-received by students.

“It makes sense at a basic level [to cut free cable], but at the same time, student reactions will not be positive,” Apantaku said. “I don’t really watch television for more than about five hours a week, but I know a ton of people who watch TV far more than me – they will definitely be angry.”

Hoffman echoed Apantaku’s sentiment adding that many students use television as a means of relaxation and stress-relief. First-year Matt Levitsky, President of the Class of 2013, said he did not feel this was the right move for the school to take at this time.

“I think it is a horrible idea to charge people for TV,” Levitsky said. “That would be like charging people for Internet or electricity. I assumed that was just one of the luxuries that the $50,000 we pay a year for tuition would pay for.”

Hale admitted that such a move might not be met with support from students.

“We understand that removing a free service is never popular, but Colgate, like all of our peer institutions – most of whom do not provide free cable TV in student rooms – must prioritize expenditures and this is a service that is a low priority for our campus,” Hale said.

Despite the modifications to cable services on campus, Hale reiterated the fact that the school is taking other measures to ensure that television access is still available to the students who wish to use it.

“We hope that if students want cable television access in their rooms, they can sign-up for it and assume the financial responsibility associated with such a choice,” he said. “It is our understanding that the Student Government Association has a subcommittee working on improving common spaces in the dorms. Staff members from the Dean of the College area look forward to working with that subcommittee to develop comfortable ‘TV lounge’ spaces as part of an effort to improve common spaces.”

While Hoffman recognized that the school is acting in a way it believes is appropriate given the current economic situation, she felt they were not taking all the facts into consideration.

“I think they are cutting first the things they should be cutting second, and should try to think more like a student,” Hoffman said. “I understand students don’t have the full perspective, but neither do faculty nor do staff.”

Hale estimates that cutting free cable services will save the University approximately $100,000 dollars annually, and is unlikely to return in the future.

Correction: The April 1 print edition of the Maroon-News stated that the changes would be made next year. Cable will still be free for the 2010-2011 academic year. This online article has been corrected to accurately reflect the upcoming changes.