This Week at the Movies: Kickass 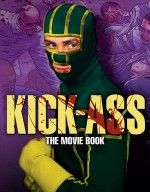 We admire superheroes for the things we as regular people cannot do. Whether it’s because of their ability to fly faster than a speeding a bullet or because of super-advanced technology that would never exist in real life, it is this illusion of fantasy that keeps us so interested in their lives. But what if there was nothing special about them? What if they really were your average person? Sometimes we learn that it’s not about the powers or gadgets, but about the raw courage that each of us has buried within us.

However, while this message is all well and good, it doesn’t make for a particularly interesting movie. Kickass, directed by Matthew Vaughn and written for the screen by Jane Goldman, is exactly that movie. Stripped away of virtually all elements of fantasy and with a speed that drags the film on for two hours, Kickass is a movie with a great idea that falls miserably short of accomplishing anything.

Dave Lizewski (Aaron Johnson) is a high school kid with nothing special about him. He’s not particularly smart, athletic or funny. One day he decides that he is going to become a superhero after witnessing just how little people care about the evil things that happen around them everyday. After one attempt puts him in the hospital, he soon becomes engrossed in his superhero persona and through the magic of the internet, gains a kind of cult following. He is living the dream of fighting for justice and being a symbol of hope for many. However, after meeting Big Daddy (Nicolas Cage) and Hit Girl (Chloe Moretz), two fellow vigilantes strapped to the teeth in every weapon known to modern man, he soon realizes he may be in way over his head after becoming involved with a plot to overthrow a New York City mob boss. By far the plots biggest weakness is its pacing. A lot of emphasis is placed on superficial character development while most of the action and even story progression is placed on the wayside. The acting is subpar at best. Lizewski conveys as much originality in the role of the awkward teenager as Michael Cera. Cage is just plain crazy to the point of absurdity. Combine that with a contrived love story in the background and you have yourself a story that’ll you’ll barely remember 20 minutes after you leave the theater.

The movie’s strongest point however is its ability to bring the feel of comic book to the big screen. The movie’s color pallet is vibrant and eye catching, fantastically mimicking the careful work of a comic book colorist. Actions sequences and battles were well choreographed with plenty of violence to keep the male audiences entertained for a while. The only real drawback is that the film tries a little too hard to be an avant-garde piece of cinema at times. A switch to black and white now and then and the overuse of slow motion leaves the viewer scratching their head, wondering just what it is the film is trying to do.

For those of you heading to the movies to see the next great superhero movie, stay clear away from Kickass. While having an interesting concept at its core, the shortcomings in the plot stop this movie before it can even leave the gate. Kickass is not a comedy, it’s not an action movie and has little to save it as a movie about superheroes. If by some chance you are a fan of the original comic book, then I would see it just to get your fan fix. Everyone else might just want to wait for the next Iron Man.