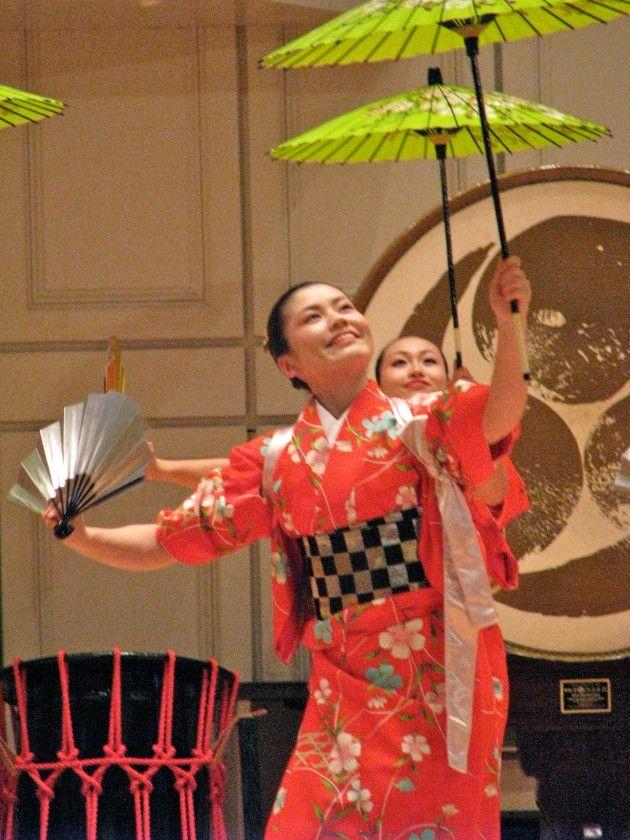 Every semester, we send hundreds of students abroad to other countries to learn about new cultures and traditions. However, it is not nearly as common for international students to visit our own village of Hamilton, NY. On Saturday, April 3, Japanese culture was brought to us inside the doors of the Colgate Memorial Chapel. Students from the Tamagawa University in Tokyo came to Colgate and performed their “Taiko and Dance” show, providing our campus with not only entertainment, but also a unique insight into this art form.

The 34 student members of the Tamagawa University Taiko and Dance Group are currently on an American tour, performing at a number of colleges and music festivals. According to their website, “the students aim to connect local audiences with contemporary as well as the traditional arts of Japan.” Additionally, the group’s mission is “to train artistic professionals who are able to serve as bridges between people and the arts within society.”

Taiko means “drum” in Japanese and drums were a significant part of the students’ performance. They combined dances with many types of drums and each performance told a story indicative of Japanese culture.

The opening number performed by the group was “Tamagaway Taiko Era,” which told the story of a flying fish. Eight male members played their drums as loud as possible, resonating sound beyond the Chapel and into the quad. They were all peppy and enthusiastic and energized the audience members. Following this act was “Karausu Mai,” which depicts a rite of passage of boys entering adulthood. In this act, the female members performed a dance, while the males continued to play their drums.

The group performed eight other acts, all of which told distinct stories and messages. “Oiwai Sabira” was a favorite because the performers pulled members of the audience on stage to dance with them. Another highlight was “Hyottoko Ordori,” during which the members all wore comical masks and acted out their characters in a humorous way. According to the program, “Hyottoko’s funny movement is a wish to be blessed with more children and a prosperous family.” Though most of the attendants most likely knew nothing about Hyottoko and what he signifies, the humor of the performance was nevertheless appreciated.

The final performance, “Tamagawa Taiko,” was created by the tour members exclusively for the United States tour. The male performers took their positions at the drums and played an energetic song with the accompaniment of whistles. The entire act was highly engaging and at the end, the performers very enthusiastically exclaimed, “Thank you very much, Colgate!” Then the entire group came out to receive a standing ovation. Overall, the performance was energetic, entertaining and rich in Japanese culture.

Following the performance was a reception held in Lawrence Hall for the performers. Colgate students who are currently studying Japanese acted as translators, giving other non-Japanese speaking attendants the opportunity to ask questions and converse with the performers.

The Tamagawa University Taiko and Dance Group will continue to tour the United States throughout April, visiting places such as Philadelphia and Washington D.C.. We are truly fortunate that they came to Colgate and provided us with their talent and vivid culture.