Judgement Day: Looks Can Be Deceiving 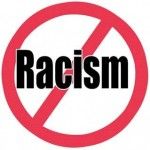 Humans have this innate nature to become temporary savants after a momentous event occurs in their lives, remembering minute details of the day associated with said event.

On the afternoon of 9/11, I came home to the smell of faint smoke in the air that drifted east from Lower Manhattan to Long Island.

The day after Hurricane Katrina hit New Orleans, I stood in a cracked driveway in late August and told my friend what had happened after he arrived home from a trip abroad.

I knew what happened at 11 p.m. on November 4, 2008 even though I wasn’t in front of a television screen, because the screams from the Barack Obama supporters at Donovan’s Pub ripped through the cold air and echoed to the Birch Complex parking lot, where I was walking after picking up Slices wings.

When I was told quite seriously by a fellow Colgate student that she hated Armenians, including myself, I was sitting cross-legged in a circle with my FSEM at Orientation.

The date was Thursday, August 24, 2006, it was around 5 p.m., the grass was emerald green, the sky was North Carolina blue and I didn’t even know her name.

To give a little more background about the incident, my FSEM was playing mundane get-to-know-you games made tolerable because our amicable Link was giving us candy.

One of these games mandated us to pick a jolly rancher out of a bag, and then answer a question associated with a specific color. So, for example, picking a green jolly rancher meant that you had to tell your new friends how many pets you have. I picked that green jolly rancher, and being petless and unable to answer that question, my Link then asked what my nickname was. Not having a nickname, I was up a creek without a paddle. It was then decided that the group’s weekend goal would be to give me a nickname. Splendid.

Around a half hour later, one student then asked what my middle name was, in hopes that maybe he could work with that.

Though I am extremely proud of my heritage, telling people my middle name always starts the same conversation and is a natural attention-grabber, so I figured I might regret this.

“Oh, you’re Armenian?” one girl asked, to which I quickly responded yes. “No offense, but I kind of hate them.”

Sweet. I’m making friends already. I then take the opportunity to advance our intellectual conversation by politely asking what her issue was with my nationality.

“There are a lot of them where I come from. They just drive their BMW’s around all the time and blast music, and they’re really loud and rude.”

What’s funny, or maybe really sad, is that I was pretty apathetic that someone would have the gall to tell me that.

Four years prior to my time at Colgate, I attended a Catholic pre k-8 school in Long Island, where it was about as likely to find an Armenian as it was for a Satanist to be teaching religion classes.

I attended the school for four years, and much of that time was spent merely defending myself. Many memories, from taking a kid’s sneaker and beating him with it, to fighting off ten kids on the playground at once, to being called “Osama” after 9/11, to fighting people on the bus every day, stick with me. Once in a blue moon these tidal waves of memories flood back to me, and then I just shake my head and move on.

That’s what I did after the student told me her justification for hating Armenians; I just shook my head and moved on. Nothing else to do, really.

As I look back though on these experiences, what may bother me most are not the particular actions taken by fellow students at my middle school, or the words told to me during Orientation. It’s the fact that people decided to make a judgment of who I am as a person based on my nationality.

The problems I dealt with, though, are emblematic of a larger societal issue. We live in a cruelly judgmental society, where many people make snap decisions of others based off race, social associations, nationality, looks, you name it. I’m not going to sit here and tell you that I’m perfect, because I’m very far from it, and I’m not going to sit here and tell you that judgmental thoughts don’t cross my mind occasionally. But when you are on the flipside of a judgment for as long as I was, however, you begin to realize how awful the act actually is. Anyone who says they haven’t been on the wrong end of such an act and then felt like complete crap afterwards, no matter their social status, is a liar.

The danger of associating people with stereotypes is inherent and natural, but if you put aside the ridiculous notions, you realize that individuals are inherently deeper than any sort of socially constructed image or stereotype on the surface.

The fraternity brother isn’t a dense, alcoholic asshole; the sorority sister isn’t a backstabbing and conniving upper-class bitch; an African-American who lives in HRC and sits in a particular section of Frank isn’t doing so to “self-segregate” him or herself from Colgate; the football player isn’t a moron; the feminist isn’t a freak; the East Hall first-year that decides not to drink isn’t a tool.

Am I too much of an optimist? Maybe. What I do know is based on what I’ve experienced. Individuals are inherently more profound than the images they present, and have a lot more to say that what one sees on the surface.

To base a judgment of someone on certain aspects of that person, or even worse ridicule them to death based upon those judgments, is a lot worse than one might think. Every single person deserves his or her respect.