ITS Plans to Upgrade Wireless: Vocal Students Push for Improvements 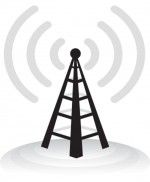 For Colgate students, the fact that the University is working on improving the wireless network is old news. This stands to reason: according to David Gregory, Chief Information Technology (IT) Officer, the IT department is constantly trying to improve the network to accommodate rapidly increasing usage. But for many students the rate of improvement is not fast enough. As a result, Colgate is looking to take a more drastic approach.

“We’re looking now at a complete revamping of the system and talking to different companies about entirely new technologies,” Gregory said.

The school’s current problems with its network include “rogue access points, old access points and problematic signal penetration in traditional residence hall construction,” Associate Director of Telecommunications Jeanne Kellogg said. Individuals with unregistered computers will experience additional problems with their Internet connection. A students computer’s MAC address should be registered with the school; this can be done at the ITS desk in Case Library.

The tweaks that have been made to the wireless system this year, such as the recent upgrade of the Time Warner Internet connection from 155 to 200 megabits, seem to have made some impact. Even Dan Saita, one of many first-years quick to criticize Colgate’s Internet connection, admitted: “It’s been better now than it was in the beginning of the year.” First-year David Case noticed that the connection improved after spring break. However, students are still not connecting and using the Internet with the ease they expect at an institution like Colgate.

“I’ve been to a lot of other colleges this year and ours is the slowest I’ve seen,” Case said.

“[Internet frustration] usually represents about a third of all work orders,” Help Desk employee senior Kyle Blum estimated. The majority of usage that slows down the system is a result of downloading large media files. Gregory raised the idea of potentially mitigating the effect of this traffic by blocking illegal file sharing using a soon-to-be-tested program from Audible Magic. He is all for increasing bandwidth, but said: “I don’t want to pay for bandwidth that is going to be used for things that are illegal.” With an increase in bandwidth, Blum believes the usage patterns of the wireless network will surpass earlier improvements.

“As of next year when Colgate starts charging for students’ cable, I estimate the cable usage will go down significantly and instead students will start streaming shows online from sites like Hulu,” Blum said. Hulu, unlike the file sharing sites Gregory mentioned, is perfectly legal.

According to Kellogg, ITS first installed a number of wireless access points in 2005, when they were put in as a supplement to the existing wired network. At the time, not every laptop even had the capacity for a wireless connection. Now, Gregory estimates that “from 9 p.m. to 2 a.m., probably at least 90% of the student body hooks into the wireless network.” This drastic change in usage demands more than just adding to the old infrastructure – Colgate students are demanding a complete change in the infrastructural technology.

The administration is now acutely aware of student complaints and has stressed to the IT department that improvement of the wireless network has become an institutional priority.

“Upgrading IT infrastructure is very expensive and we have had to pinch some of our costs and slow progress during this economic downturn,” Gregory said. “The thing is, we can’t afford to defer advancements of the wireless network.”

As recently as last month, Gregory proposed to the administration a large-scale change in the wireless Internet connection infrastructure. He is still in the research stages, but expects to have a proposal for the administration by May 15 with various options from which they will be able to decide based on budget and perceived importance. The amount of administrative support is not yet known since, according to Gregory: “They don’t even know what the task is. But we’re probably looking at a multi-year seven-figure project.”

“There is a lot of dissatisfaction [with Colgate’s wireless internet] and we are at the threshold level now where we need to deal with it,” Gregory said. “Our focus is to make the experience better for students, but the process is slow because universities are kind of like the Titanic – they’re going one way and it’s very hard to change their course.” According to Gregory, at least some part of the new installation will hopefully be up and running by the end of the Fall 2010 semester. It has yet to be seen whether this new system will be effective, and whether it will satisfy the frustrated and increasingly vocal student body.