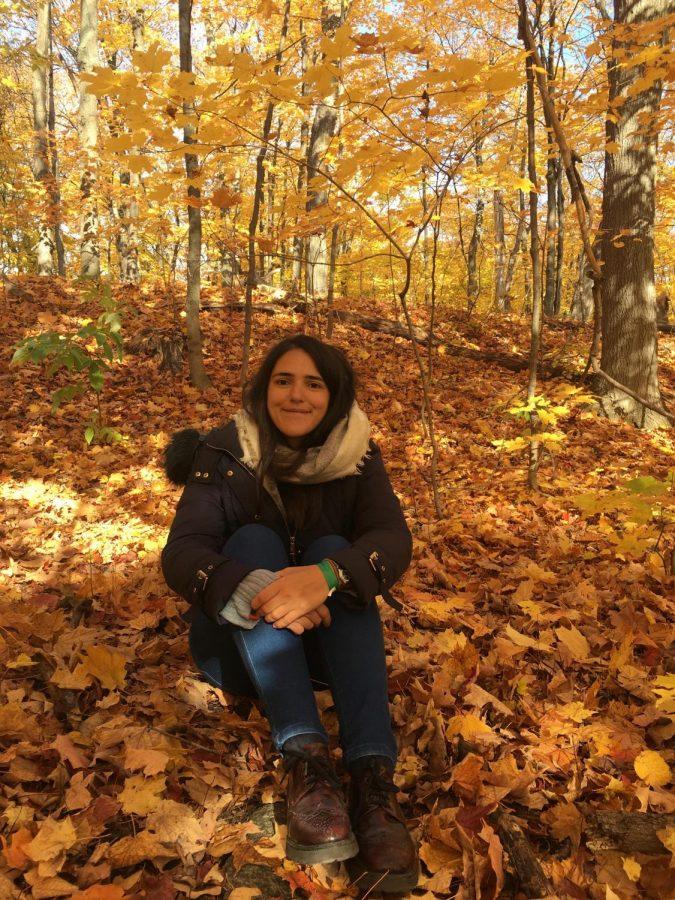 Messtorff was born in Mexico City, Mexico but has lived in Madrid, Spain since she was six years old. She studied law at CEU University in Madrid, where she heard about the opportunity to come to Colgate as a language intern.

Her decision to apply was influenced by an experience she had in Hungary.

“The year before finishing my degree, I went to Budapest in Hungary and there I got the opportunity to work at the Cervantes Institute,” Messtorff said. “I got this first notion of how this world of languages works. I really liked talking about my culture and helping others to learn the language, so I thought it was a great idea to apply here.”

While Hamilton is quite smaller than Madrid, Messtorff says she finds the opportunity to travel to amazing and different places in the U.S. and Canada. Messtorff also appreciates the environment here, which she described as one of her favorite aspects of Colgate.

“I really like the environment. I have the feeling that everyone tried to help us from the very beginning, not only to make us feel more comfortable, but I think the faster you adapt the more you can help students,” Messtorff said. “I think Colgate pays a lot of attention to those things so I think that’s probably the thing I like the most.”

Messtorff says she also likes to take advantage of the opportunity to learn from other professors while at Colgate.

“I have the opportunity to go to with some professors to their classes and I think in that way I learn more of what I can do to teach a language,” Messtorff said.

Being able to audit classes in general is a benefit of being at Colgate which Messtorff appreciates, especially as she thinks about what she wants to do in the future. Messtorff, in keeping with her interest in cultures and languages, is currently interested in focussing on International Relations.

“One of the things I wanted to do this year is try to figure out what I want to do, and that’s the reason why it’s great to be here because we get to audit other classes or to talk to other professors,” Messtorff said.