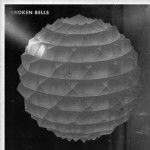 Here are a few blurbs about some of the noteworthy albums to come out this past month. Seeing as I don’t profess to be a final authority on the matter, I would rather just share my thoughts about these album’s worth instead of claiming to be the word of some higher authority and proceed to bestow otherwise pointless stars which can often break or make many an album.

Remember the show Invader Zim on Nickelodeon? Well, I didn’t either, until I heard Plastic Beach, the latest album by Damon Albarn and Jamie Hewlett’s love baby, Gorillaz. I don’t know why the album evoked the memory of this half-baked, out of this world show which creeped the hell out of me every afternoon after school nine years ago, but it just does. The album reaches far into the future with strung out, garbage beats and endless features which all come together in a dark, playful manner which I have come to expect from this cartoon band. Many thought Albarn had nothing left and that Gorillaz just supplemented his wild imagination, but he is confident in what he does and it shows with tracks like “White Flag,” “Rhinestone Eyes,” “Glitter Freeze” and “Some Kind of Nature.”

It might be the constant references to the Garden State, the honest despair of Abe Lincoln or that this band stirs up the spirit of Bruce Springsteen around every corner, but I have really grown to, well, tolerate this angst-ridden behemoth of an album from New Jersey’s own Titus Andronicus. The band has created a concept album based around the American Civil War and with five of the songs coming in at seven plus minutes of distorted guitar and muddled vocals, this album is not for the weak of heart. The albums highlights are “No Future Part 3: Escape From No Future,” ” A Pot in Which to Piss” and “A More Perfect Union.” I personally did not have the patience for the album, in particular the 14-minute conclusion track. This might speak to my immaturity, but frankly the shoegazing genre, which is typified by the blended guitar with vocals, does not suit me. Who knows? This album could end up being my favorite album of the year because it is currently growing on me, even as a write this. Just find out for yourself.

The much-vaunted producer Brian Burton (also known as Danger Mouse) has been somewhat nomadic in his musical career, lending his touch too any and all who feel they can handle his input. His latest project saw James Mercer, lead singer of the Shins, joining him to create the supergroup Broken Bells. Danger Mouse’s touch remains golden on this album and it just speaks further to Burton’s genius as he keeps stacking the odds against himself by pairing himself with the oddest of musical partners. The album’s best song is clearly the single “The High Road,” but it also features some great tracks including “The Ghost Inside,” “Sailing to Nowhere” and “Citizen.” I wasn’t sure what to expect from the two completely different artists, but I remain intrigued and wanting more.

When it comes to music such as the burgeoning genre of dream-pop, I generally judge an album’s worth by how fast it puts me to sleep. Needless to say, I have only listened to a few of the songs on this Swedish duo’s sophomore album jj n ° 3, but for some reason the play count on my iTunes has me listening to this album five times already. Maybe because the album clocks in at a swift 27 minutes, but regardless, this band’s propensity for creating bleak yet lighthearted pop with a drop of hip-hop has me hooked for good. None of these songs remain in my head as standouts, but the nine tracks just seem to just gel into a singular song, opposed to their breezy, hook-ridden debut album that debuted eight months ago.