This Week at the Movies: Alice in Wonderland 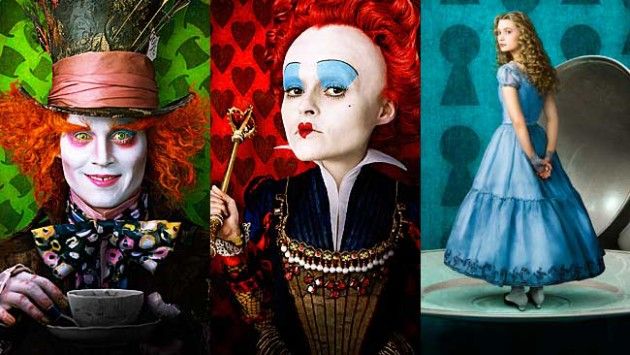 Tim Burton has this nasty habit of taking vanilla movies from my childhood (Charlie and the Chocolate Factory, anyone?) and revitalizing them with slightly disturbing depth. His new vision of Alice in Wonderland, in which Alice is a wayward 19-year old rather than an imaginative young girl, takes place in a much darker but just as zany land. All of the classic characters are still there, including the hookah-happy caterpillar (voiced by the drawling Alan Rickman) and the Mad Hatter, played by Mr. Sexiest Man Alive 2003/2009 (Johnny Depp), who is completely transformed into a mad man. True to Burton style, there is a deep-seated cause for Depp’s madness – an example that applies to all other aspects of this film. The Red Queen (Helena Bonham Carter, by far the most standout performance) actually expresses a complex psychological need when she says, “off with her head!” Alice’s Wonderland exploits spring from a blunt defiance of 19th century social conventions. I won’t hint at any more twists – suffice it to say that Tim Burton’s remained faithful to Disney’s 1951 version while also endowing most characters and events with probing complexity.

As you can glean from the trailer, Alice has returned to Wonderland a decade or so after the infamous first time she fell down the rabbit hole. The tyrannous Red Queen, who has overthrown her fairer sister, the White Queen (Anne Hathaway, who despite her limited screen time, gives a whimsical and interesting performance), is not pleased. While being hunted down by the Red Queen and her servants, Alice slowly discovers the reason that all the creatures of Wonderland seem to be hanging all their hopes of freedom on her. Due to the efforts of Burton, however, we do not discover quite as much as Alice. All the back story we learn does not change the fact that this film asks many more questions than it answers. Where does imagination meet reality? Is madness a good or bad trait? How much money did Disney spend animating snooty flowers who can walk, talk and sling insults?

Alice (Mia Wasikowska) has a certain quiet, pallid beauty and seems to ascribe to the same acting philosophy as Oscar nominee Gabourey Sidibe: less is more. She wanders unassumingly through the film, accepting each of her drastic growing and shrinking episodes with dreamy fluidity. Her performance toes the line of complete apathy to the world around her (and occasionally crosses that line), but something about her introspective head-in-the-clouds approach to the old Alice is compelling. Johnny Depp, though bringing his character to new emotional depths as usual, underwhelms as the Mad Hatter. The close bond he forms with Alice throughout the course of the film seems to come out of nowhere, and his brief babbling forays into “madness” come off as more creepy than idiosyncratic.

However, there are several reasons why you should go see this movie. It’s visually thrilling in a way that’s similar to Avatar, it’s a pretty good work by Tim Burton, Helena Bonham Carter’s giant head is fantastic and of course, the film is playing locally at Hamilton’s theater.