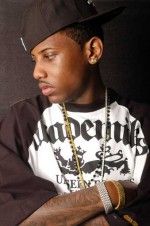 It’s Fabolous! After a nearly two month-long struggle to find a Spring Party Weekend (SPW) headline act after the administration abandoned plans to host Snoop Dogg, the Colgate Activities Board (CAB) Music Committee has reached a concrete agreement with hip-hop artist Fabolous. Gone are concerns of an indoor concert at Sanford Field House, as are concerns over metal detectors and oppressive security measures. Music Committee Co-Chair junior Ceci Menchetti assures that good SPW times will be had by all.

“We’re really excited about having Fabolous as the act,” Menchetti said. “It should be some great party music to go along with a great weekend.”

The plans to have Snoop Dogg as the headline act were dropped by the university administration in early February, citing security concerns as the primary factor in the decision. The Snoop Dogg event had too high of a price tag to be a viable option. In order to find a replacement act, CAB hosted an online poll to gauge student interest in a few potentially available acts. Wyclef Jean emerged on top, and efforts to book him were commenced in earnest. In a frustrating development, it seemed that Wyclef posed as many logistical problems concerning security and price as the original Snoop Dogg plans.

“We usually have our SPW act booked by November, and certainly by the end of the first semester,” Menchetti said. “Having plans drop in February was really frustrating. Many acts for the spring are booked by then and after Wyclef was dropped we really struggled to find an available act.”

The Music Committee went in order down the poll results to try and find a replacement for Wyclef. Alas, most were booked or were not feasible due to the safety concerns an open-air concert on Whitnall Field seems to inspire in many big acts.

“Fabolous seems like the kind of artist who will surprise you with a lot of really great songs you might not know,” Menchetti said.

The three co-chairs of the Music Committee shared the view that last minute scrambling like this cannot and will not happen in the future.

“We didn’t really consider the limitations we had in terms of bringing a big-name artist to campus,” co-chair sophomore Caroline Knudsen said. “We got a little carried away with the idea of bringing a huge act to Colgate.”

“We’ve learned our lesson,” Menchetti said. With regards to the Committee’s ambitious attempt at bringing a huge name to Colgate, she added, “The only way for us to figure it out was to try.”

The student band that wins Colgate’s Battle of the Bands will open the concert, which will be held on Whitnall Field.