This is Madness! This! Is! ResLife! 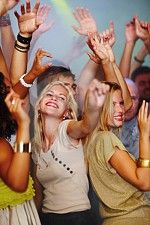 Ladies and gentlemen, my name is Emily Steiger and I have a Disciplinary Warning on my record.

I’ll begin at the beginning. In February, I went with a few friends to a party at one of the townhouses. Though we did partake in a few adult beverages, we’re all of age and everyone was well under the legal limit. In the middle of our legal and responsible revelry, however, in walked Campus Safety and a few officials from Residential Life. They broke up the party, took down everyone’s student ID numbers and sent us home. The party, they told us, was unregistered. A few weeks later I received an overly-officious email from ResLife demanding my presence at a conduct hearing, and a short time after that, I received the notice making it official: I had been sanctioned with “A Disciplinary Warning” for “attending an unregistered event where alcohol was served.”

Most students probably aren’t familiar with ResLife’s new policy on unregistered parties. Apparently, every gathering that more than doubles the usual residency of the building needs to be registered, and if it’s not, both party-throwers and -goers are liable. ResLife never informed the student body of this new policy; there was never so much as an email that went out about it. It’s not in the Student Code of Conduct, either, because it’s not a university policy, only a ResLife one. At my conduct hearing, I tried to plead ignorance on the grounds that I was abroad last semester and couldn’t possibly have been expected to know anything about a policy that the ResLife higher-up at my hearing even admitted had never been advertised, but evidently ResLife’s failure-to-inform is a poor defense.

I should be upset about this. I’d never earned so much as a lunch detention in my entire life until this incident. But unlike the rest of my friends, I’m choosing to see this Disciplinary Warning not as a punishment, but as a “Learning Experience,” just like the ResLife higher-up described it.

You see, ResLife isn’t punishing me! They’re giving me an opportunity to learn from my mistakes! The ominous-sounding “Disciplinary Warning” that will remain on my in-house record for my entire Colgate career isn’t there to discipline me, but to teach me how to change my behavior so I can live a safer and more-fulfilled life! I have no idea how I’ve made it through nearly six semesters at Colgate without the knowledge I’ve gained through this Disciplinary Warning – excuse me, Learning Experience. Oh thank you, ResLife, for giving me this special and unique opportunity to reform my errant ways!

I’m so grateful that this Disciplinary Warni – um, Learning Experience – has taught me that ResLife, not the Supreme Court, is the highest law in the land. Never mind that ResLife can’t even handle the yearly housing selection process without screwing over half the student body, I trust them to set the laws of society more than I do the elected government of the United States. How dare I think I have the right to attend a peaceful assembly with my friends – just because I have that right in the United States doesn’t mean I have it in Hamilton, NY. How could I possibly think it was okay to drink alcohol when there were other people around? I was so irresponsible I didn’t even go around and card every single person at the party to ascertain they were of legal age before I imbibed my beverage in front of them! How could I be so stupid as to think it was the property owner’s responsibility to adhere to fire code? Thanks to my Learning Experience, now I know every time I enter a building, I’m responsible for checking the building occupancy and counting every person present to make sure occupancy is not exceeded; if it is, it’s not only my duty to leave, but to make everyone else leave, too, and then to call ResLife so they can punish – I mean, teach – everyone who was there. I’m so thankful to ResLife for informing me that this is actually how responsible adults conduct their social lives.

ResLife has taught me so much that I honestly don’t understand why so many students dislike them. Surely it can’t be their public relations campaign – during my conduct hearing I caught a glance at the blackboard with their ideas for this year’s ResLife motto, which include (I’m not making this up) the ever-endearing, “Wanna Write Up Your Friends?” Even Campo is on board with ResLife’s new Iron Fist of Residential Discipline policy: at the infamous unregistered party which earned me my Learning Experience, one of my friends asked a Campus Safety officer why they were writing down our ID numbers when we could all prove we were over 21. His reply? (And I’m not making this up, either) “You go to Colgate. Colgate owns you.” Wow, all this time I thought I was the one paying them.