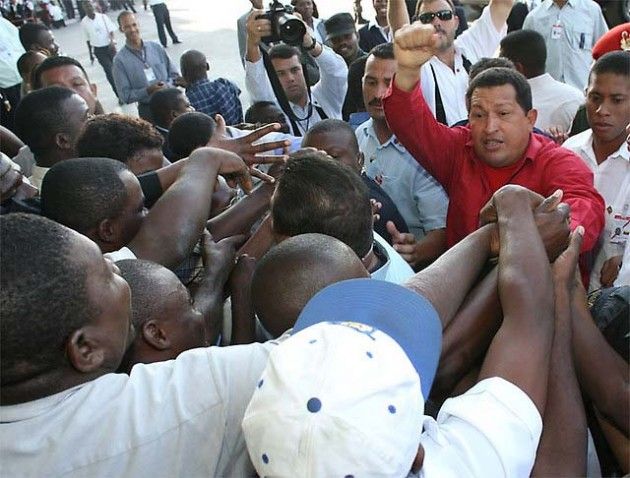 In the wake of the Haiti devastation, philanthropic efforts, both on an official and individual basis, sprang up to provide support and assuage those affected by the disaster. Senior Max Troper, current president of Beta Theta Pi, stood out among those leading the student based fundraising efforts across Colgate’s campus.

Troper began by collecting funds from his fraternity brothers at dinner, a simple out-of-pocket donation request that raised $300 in one night. Encouraged by his success, Troper went on to contact his friends and acquaintances in other fraternities, asking them to do likewise. Ultimately, this brought together the Kappa Kappa Gamma, Phi Delta Theta, Theta Chi, Phi Kappa Tau, Sigma Chi and Delta Upsilon houses into a single fundraising collective.

“Despite what you may hear,” Troper said, “the Greek houses are very friendly with one another, and work together on numerous philanthropic projects. Everyone was very enthused about the idea of working together, especially for something as important as this. I was impressed by how willing everybody was to participate. The response we got was remarkable; the support was tremendous from all houses involved.”

Though the final tally has yet to be confirmed, Troper expects to have $2,545 in donations once everyone’s ‘Gate Card information is processed. Once this is take care of, Troper will work with University Chaplain and Director of Jewish Life David Levy and Associate Director of Residential Life Rick McClendon in transferring the donations towards humanitarian efforts in Haiti.

“Really the idea came from watching the NFL playoff games,” Troper said. “Every time there was a commercial break there’d just be advertisements to donate to the Red Cross. I was with a bunch of the guys and we all agreed that it was pretty pathetic that Colgate had done nothing to raise money or awareness of what was going on in Haiti. Obviously that was before we heard about the concert, but we still felt we could make a significant contribution. That really put the wheels in motion.”

“I’m so happy with how Greek life came together in support of the Hope for Haiti relief fund,” senior Brittany Messenger, who played an instrumental role in mobilizing Kappa Kappa Gamma to the cause, said. “When we originally planned to bring the chapters together, we were just hoping to get $5 from each member as a simple donation, but we ended up getting so much more–much larger sums and the reaffirmation of our chapters’ strong desire to do good.”

“I’d just like to say that we were really excited to be able to help out and pool donations with the rest of Greek life,” Sigma Chi president junior Oliver Weinberg, who oversaw the fundraising within the Sigma house, said. “Max Troper is the one who really took the initiative to get the rest of Greek life involved in the effort and I think that made it much more effective and gave our members more incentive to pitch-in.”

“I think that every student on campus would be willing to contribute to help the victims of the earthquake if they knew there was a way they could go about doing it.” Troper said. “People at Colgate, both inside and outside the Greek community, are compassionate and caring people. One would be hard-pressed to find a student who would be reluctant to make a donation, given the dire situation in Haiti. The goal of our fund was to just provide the vehicle that would allow people to stop and say ‘Hey, I want to help out.’ That played a factor in starting the fund in the first place. There are always people out there who care and want to make a difference, but they just don’t know where to look. Once we set up this fund, it provided the opportunity for people to contribute. Also, the leadership of the houses played an instrumental role in rallying their members to be a part of this. Beta [Theta Pi] will continue to seek out opportunities to assist in fundraising for Haiti and other causes.”