This Week at the Movies: Shutter Island 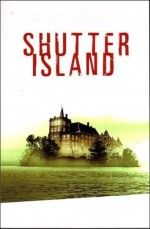 The psychological thriller is an interesting sort of movie. It is provocative, yet at the same time, filled with action and excitement. It also carries a heavy burden. With films like these, audiences expect a lot and if the plot falls short, it can often leave the viewer feeling unfulfilled, as if there was supposed to be something more. Shutter Island, directed by Martin Scorsese and written for the screen by Laeta Kalgridis, falls victim to these problems. While not a bad movie, it falls short of being the cinematic masterpiece that it could have been. It’s never fun to go to the movies and see wasted potential.

Teddy Daniels (Leonardo DiCaprio) is a U.S. Marshall sent to investigate the disappearance of a prisoner in a mental hospital for the criminally insane. He arrives to the hospital to find it steeped in secrets. No one will talk and he soon discovers things aren’t exactly what they seem – a discovery that climaxes in an interesting way. The movie also looks deep in Daniels’ past including his tour in World War II and the death of his wife. The plot is filled with excellent twists and turns, yet the movie falls short at its ending. Now it would be a shame to tell you all the ending and ruin the entire experience for you, but it is confusing and a little lackluster to say the least. This is the biggest fault of the movie. A thriller like this can only be truly great if the ending lives up to the quality of the story. No movie can be perfect, but the burden of entertainment rests on the ending. This, however, is just one opinion.

Technically speaking, Shutter Island was done quite well. Special attention should be made to the lighting. Whether it’s conveying Daniels’s hallucinations or creating the mood with a dim flame of a match, each is carefully crafted to send chills down your spine. Another notable technical aspect is the score and soundtrack. The mix of classical music with a loud and powerful original score helps move the movie along. The acting was good, but nothing truly noteworthy. The characters weren’t exactly original and the acting reflected that, particularly DiCaprio as an angry Boston cop.

Shutter Island isn’t the top notch film it could have been, but that doesn’t mean it should be entirely overlooked, either. It is entertaining with enough action and suspense to keep you on the edge of your seat. Yet be forewarned: the ending won’t be what you expect and you may not end up liking it. However, half the experience of going to the movies is taking that risk in order to find that perfect movie. If you’re looking for a provocative and suspenseful movie, you might want to look into this film. If you scare easily or are prone to disappointment, you might want to try something else.