13 Valentine’s Beats for the Week 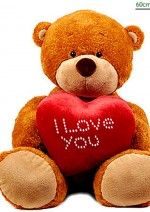 Valentine’s Day on Colgate’s campus is interesting due to the fact that relationships here are not exactly prevalent (Have you guys heard? We have a hook-up culture!). On my mission to create a Valentine’s playlist, I strove to include a song for every possible Valentines situation – whether you’re single and loving it, mourning your last relationship or (gag) in a Kate Hudson-movie-worthy relationship.

1. “Earth Angel” – Death Cab for Cutie. We’ll start on a happy note. This song is full of simple, 1950’s sentiment and this Death Cab version brings a nice modern twist to the classic doo-wop hit. It’s a perfect song for a nice Valentine’s slow dance if that sort of situation existed outside of middle school dances and Hollywood rom-coms.

2. “Good Old Fashioned Lover Boy” – Queen. A song for all the boys here who know they’re really great people and we Colgate girls just don’t give them the chance they deserve. Go ahead bros, prove us wrong with this tune as your theme song.

3. “Dancing Queen” – ABBA. Valentine’s Day with the girls? Dance party required and so is this song.

4. “Calculus” – 2ge+her. Math major who doesn’t know how to say those three little words? This song is sure to help you out (as long as you don’t mind the bizarre assertion that addition is the same thing as calculus). Bonus points for the great boy band outfits and general nostalgia.

5. “Take Me Home Tonight” – Eddie Money. This may not seem like Valentine’s fare at first, but for those of us scouting for a place to stay for the night because our roomie’s significant other is here for the weekend, this song provides a built-in pickup line: “I hate to sleep alone/I need some company.” See if anyone at the Jug can turn that down.

6. “Popular Mechanics for Broken Hearts” – Beulah. I promise this song isn’t as depressing as the title might suggest. It’s an interesting mix of sad lyrics and awesome, upbeat tune. It’s for those of you who have to see the one you love with someone else but aren’t into crying. It also features a great extended metaphor that compares life to a movie.

7. “Shape of My Heart” – Backstreet Boys. Okay, I know I already gave boy bands a shout out with 2ge+her, but BSB is on a totally different level. It’s always nice to hear boys begging to show you their true emotions in song form. Normally, I’m all about N*Sync, but I think this song really embodies the spirit of Valentine’s Day, namely because it has the word heart in the title.

8. “It’s Cool, We Can Still Be Friends” – Bright Eyes. Feeling bitter about your breakup this Valentine’s weekend? Wallow in your emo-ness with this anthem of those who still aren’t over that failed relationship. (Note: I’m so not judging. There’s a reason I have this song on my iPod.)

9. “Hands Down” – Dashboard Confessional. What’s that you say? This song is so 7th grade? Shut up, I do not care. I will always have a deep love for this song and would love to have the “best day I can ever remember” with Chris Carrabba. Also, you don’t have to be in a relationship to appreciate the nostalgia for a great day he describes in this song.

10. “All You Need Is Love” – Dana Fuchs and Jim Sturgess. This is the Across the Universe version of the Beatles’s classic (this list is teaching me that I’m really into covers). This song goes out to everyone in the elusive, effortlessly happy relationship.

11. “Love Rhymes with Hideous Car Wreck” – Blood Brothers. So I hadn’t listened to this song in quite some time before compiling this list and for some reason, I remember it being kind of dance-y. It’s really not and kind of devolves into whining and screaming towards the end but hey, sometimes that’s really what you need. Plus, the title really says it all.

12. “Such Great Heights” – The Postal Service OR Iron & Wine. Okay, I’m totally cheating with this one because I really can never decide which version of this song I like better (I just checked and I’ve played them the exact same number of times on my iTunes). The Postal Service version is more pop-y compared to Iron & Wine’s chill version, but both are super cute.

13. “Hey, Soul Sister” – Train. I have to include this song because, as my roommates well know, I’m pretty much obsessed with it lately. If my life were a movie, this song would totally make an appearance on the soundtrack, probably playing over the montage of my perfect, adorable, blossoming romance.