Friday Night Film Series in Conjunction with Living Wrtiers: We the Animals 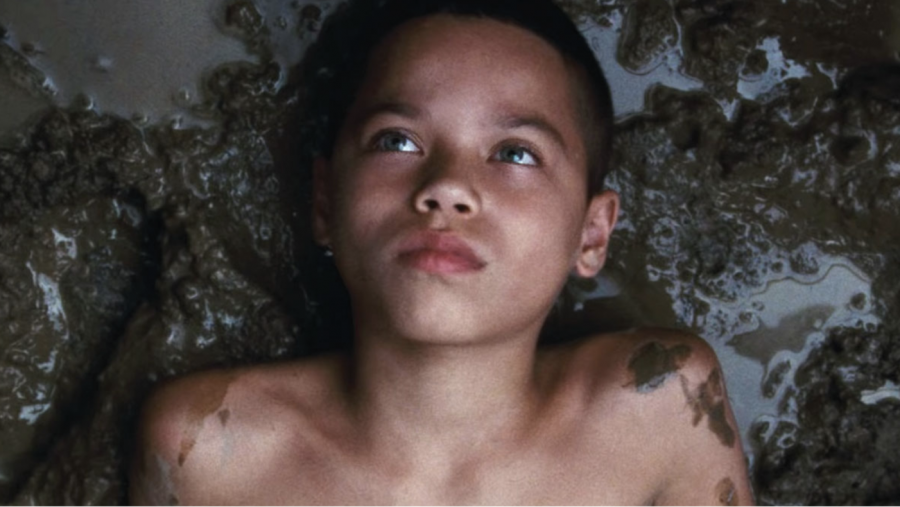 Working with the Friday Night Film Series, the English Department’s Living Writers program and LGBTQ+ co-sponsored the showing of We the Animals on October 4th at 5:00 p.m. Jennifer Brice, Associate Professor of the English and Organizer of Living Writers, and Aniruddha Maitra, Associate Professor of Film and Media Studies and head of the Friday Night Film Series, chose this film because of its connection to Torres’ upcoming Living Writers talk on Thursday, October 10.

Based on the novel by Justin Torres, the film shows the world through young narrator Jonah’s eyes as he and his brothers navigate life in a dysfunctional, toxic family on the brink of poverty in 1980s upstate New York. The novel was inspired in part by Torres’s own life; similar to his main character, Torres grew up in working class Baldwinsville, NY as the son of a Puerto Rican father and white mother.

The film opens with a young boy singing quietly in Spanish class as scenes of three brothers—Jonah, Joel, and Manny—engaged in boyish antics flash by. This introduces themes of innocence and brotherhood that are at the forefront of the film. The title is then scrawled across the screen in a child’s hand, our first introduction to Jonah’s writing and drawings that are an integral part of the story.

The three brothers, on the precipice of puberty, struggle as their parents’ toxic, hot-and-cold relationship threatens their survival. Their father temporarily leaves the home after beating the boys’ mother. The boys are left nearly starving and resort to theft. When stealing tomatoes from a nearby farm, the brothers are caught and the old farmer takes pity on them and brings them to his home for food where they meet his grandson Dustin. Dustin serves as the boys’ gateway to all of the struggles that come with being a teenager—alcohol use, sexuality and one’s place within the family.

Director Jeremiah Zagar focuses on small details of Dustin’s appearance—his adam’s apple, a lock of loose blonde hair, the curve of his lips—to reveal Jonah’s inner questions about his sexuality. Zagar guides our perception in similar ways throughout the film. When it comes to Jonah, we are directed towards his eyes, whether they be gazing mournfully at his depressed mother or gazing curiously at Dustin’s features in the glow of the television screen. The image of the empty cabinets and unwashed dishes lingers on screen as the boys hunt for a meager meal. All of the little details of the boys’ lives come together to create an image of a family whose love is suffocated by poverty, desperation, fear and anger.

Zagar’s directorship also stands out through his use of Jonah’s drawings and dreams as transitions between scenes. Jonah drew sketches depicting his loving, yet increasingly distant relationship with his brothers, his first exposure to sex and sexuality and his desire to set out on his own. Zagar compliments these images with representations of Jonah’s dreams and nightmares, which mainly revolve around his fear of drowning and his repressed sexuality. These drawings and dreams are interwoven with scenes of the boys’ troublesome childhood to express feelings that Jonah could not put into words.

As the film progresses and the boys age, Jonah grows distant from his brothers. While Manny and Joel start smoking, drinking and fantasizing about girls, Jonah remains more reserved, opting to reconcile his thoughts through writing rather than by abusing substances. Jonah’s growing awareness of his sexuality widenes the distance between him and his brothers, as he is unable to relate to their heterosexual fantasies.

At the film’s end, Jonah’s brothers discover his writing and drawings about his family struggles and his sexuality. Jonah’s first instinct is to lash out and attack his father, who tries to restrain and calm him. That night, Jonah takes one longing look at his sleeping brothers, reminiscing about the nights where they would huddle under the blankets with flashlights and whisper to each other. He then lovingly covers his sleeping mother with a blanket, recovers his drawings from the garbage, and sets out on his own into the cold winter night. This ending differs greatly from the novel where Jonah is forced into a psychiatric ward once his family finds out that he is gay.

We the Animals leaves its viewers with a sense of deep sadness for Jonah and for the hopeless cycle of poverty and despair that his family is locked into. Professor Brice commented on how the novel deals with these themes.

“[The novel is] haunting, harrowing, and lyrical—an exploration of what it’s like to grow up in this region on the precipice of dire poverty. The novel also shows what it’s like to be deeply entangled in a complicated but loving family; about moving from the ‘we’ of one’s parents and siblings to the first-person singular ‘I’ of an individual who strikes out on his own in the world,” Professor Brice said.

Overall, the film seems to ask the viewer to confront their own perception of themselves versus the perception their family may have of them.