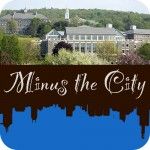 Buttercup made the sort of rookie mistake that any 16-year-old is apt to make. However, even experienced students at Colgate University can learn from her story. Although you may be accomplished in the oral arts, it is never possible to be too good, practice too often, or be too enthusiastic. Especially during the current job-interview season.

However, reaching your peak oral sex potential isn’t all play and no work. The most legendary fellators and cunnilinguists are revered for their incredible stamina, manual dexterity, as well as their overall zest. To get to this Varsity level of mouth jockeying, we can’t stress enough the importance of a pre-game workout regimen. Luckily, the oral workout doesn’t require a Huntington elliptical, in fact all of your exercising can be accomplished in the comfort of Frank Dining Hall. Culinary experts select Colgate’s bananas and tacos for genital resemblance – in both performance and aesthetics. If you’re feeling even more motivated (maybe because your Ritalin just kicked in), you can try a more challenging exercise like unwrapping a Starburst with your tongue. Practice diligently and you should be blowing your friends away in no time.

After the training is done and the primetime event is finally upon you, be ready to leap into action head first. Although you should have a general game plan in mind, don’t hesitate to mix things up as well. The adventurous girls out there can put a few Altoids in their mouth to complete that curiously strong, tingly, and minty experience. For the guys, try tongue-spelling the Colgate Alma Mater instead of the boring old alphabet. Or for anyone who likes a little vibration (electric or otherwise), we recommend humming out Beethoven’s fifth or your favorite Miley classic. Just don’t pull a Phi-Tau and get carried away with the donuts.

If all this sounds foreign to you and you remember only one thing, it ought to be the importance of having lots and lots of enthusiasm. An earnest (or even feigned) excitement and passion is crucial for the experience. While a penis is not a birthday cake, young Buttercup’s enthusiasm eventually left her with frosting on her nose and a smile on her face. Also be aware that swallowing is a standard rule at this university; it was put in the Colgate handbook for noble reasons. The last thing anyone wants to be doing at 2 a.m. is washing liquids from their hair, curtain or favorite teddy bear.