Colgate Gears Up for Recyclemania 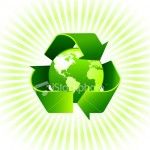 Recyclemania is here. The competition officially began on January 17 and will run until March 27. For those of you who don’t religiously read the environmental column and who missed last semester’s explanation of Recyclmania, here’s a recap.

Recyclemania is a national competition that engages schools and universities in waste reduction activities. Its purpose is to serve as a benchmarking tool for on-campus recycling and waste reduction programs. Records will be kept of the amounts and types of trash that are recycled and the results will be sent to the Recyclemania headquarters, where they will be assessed weekly. There are multiple divisions and sub-competitions within Recyclemania that were designed to allow institutions to compete at appropriate levels based on their size and recycling and waste reduction capabilities.

Colgate will be participating in the Competition Division and the Waste Minimization sub-competition. The Competition Division compiles the official posted rankings and its winner is declared the Grand Champion. Although by participating in this division Colgate may not stand a chance of becoming Grand Champion, it will at least gain an appreciation for how it measures up to other schools.  This will be the first time in school history that Colgate’s recyclables will be regularly measured, which is the big first step towards becoming a more eco-friendly institution.

Moreover, the Waste Minimization sub-competition may be where Colgate could really have a chance to shine. Waste Minimization assesses which schools produce the least amount of municipal solid waste (both recyclables and trash) per person. Each week Colgate’s score will be calculated by combining the total amount of waste and the total amount of recyclables and then dividing those figures by the number of students.

The emphasis is on re-use and source reduction. Colgate students, therefore, should focus not only on recycling in the next 10 weeks but also on waste reduction in general, as this will ultimately lead to school-wide success.

The goal of the Waste Minimization contest is to allow schools to evaluate their own waste and then find ways to reduce either through reduction strategies or recycling.

The competitive nature of the program adds an element of fun to the overarching goal of improving sustainability. There are many ways that Colgate students can get involved in the program, ranging from joining the small team of “recyclemaniacs” currently running the show to simply rounding up roommates after a party and recycling all those beer cans.

For up to date information on Colgate’s progress, visit www.recyclemaniacs.org. For those students interested in joining the team of “recyclemaniacs,” the next meeting is Thursday, February 10 at 4:30 in the Merrill House Conference Room, located in the basement. E-waste, green events and building assessments are just a few of the many projects on the meeting agenda.