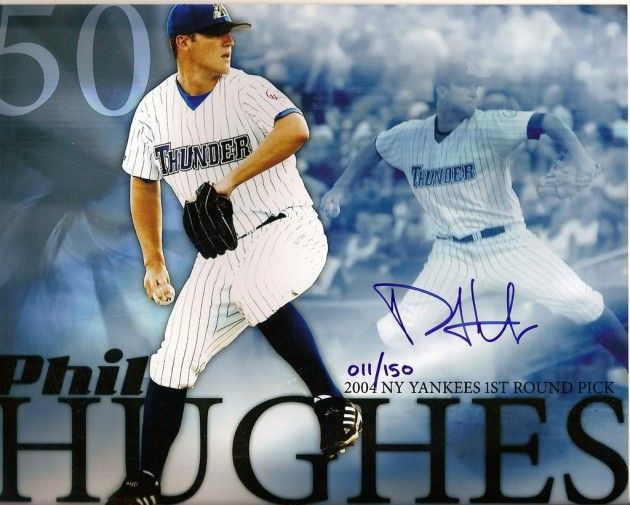 Last season, through the battle for center field between Brett Gardner and Melky Cabrera, Joe Girardi proved his willingness to use spring training as an arena for competition to fill the starting roles in the Yankees’ lineup. He also showed, by making Cabrera the starting centerfielder in May, that a brilliant spring training doesn’t always equate to productivity during the regular season. In looking to pick a fifth starter between Chad Gaudin, Joba Chamberlain and Phil Hughes, Girardi will have to consider a lot more than just the candidates’ performances during spring training. So, let’s play manager for a minute and design the perfect Yankees rotation.

First, let us consider the team’s existing rotation. To have C.C. Sabathia, A.J. Burnett and Andy Pettitte returning as the top three starters definitely removes some of the pressure from the later starters. At the four spot, Javier Vazquez’ return to the big apple presents an intriguing option for the Yanks.

The recently signed Vazquez is coming off a fourth place finish in the NL Cy Young voting in 2009, courtesy of a 15-10 record, a 2.87 ERA, and 238 strikeouts in 32 starts with the Atlanta Braves. Vazquez brings a great deal of experience and a valuable skill set to the team. However, he has recently been quoted by a Puerto Rican newspaper, saying that he is going to stop playing before he turns 40. He turns 34 in July. With Pettitte’s career drifting toward its conclusion and Vazquez preparing for his own retirement, there will soon be two more spots open in the rotation. This gives the Yankees an opportunity to groom a pitcher, either in the bullpen or in the fifth slot, for a future role higher up in the rotation. While trades, injuries, free agency and retirement will radically change the appearance of the Yankees’ roster by the time these positions become available, the future of the rotation is certainly going to play a factor in the selection of a fifth starter.

The three contenders, Gaudin, Chamberlain and Hughes all represent players straddling the line between relief pitcher and starter. Gaudin has proven himself to be a very effective starter in his short tenure with the Yankees, as he went 2-0 last season with an ERA of 3.43. The Yankees went 6-0 in his starts. More experienced than either Chamberlain or Hughes, Gaudin has shown an even-keeled consistency that is critical to starting pitchers. As effective as he has been as a starter, Gaudin fits with the needs of the 2010 Yankees better as a relief pitcher. Even with the addition of Boone Logan and others to the bullpen, the Yankees will need, as every team does, a reliable staff of middle relievers if they intend to make a run for their 28th championship. Yes, at some point the circumstances might propel Gaudin into the fifth spot but, until then, he will be a useful addition to the bullpen.

A pitcher of the opposite personality, Joba Chamberlain is famous for being a high-intensity, emotional pitcher. A phenomenon upon his arrival in 2007, Chamberlain has undeniably great talent. It is his inconsistency as a starter and his usefulness in the bullpen that keep Chamberlain from being the easy choice. As a result of his talent, Yankees management is very concerned with his development and importance to the team. One must wonder if Girardi will continue to apply the “Joba Rules.” If so, Chamberlain will step to the mound on a leash every time out, making his position as a starter worthless. By putting a starter into a game with the knowledge that they are only allowed to play for a few innings, a manager is forced to ration the bullpen’s activity during other games so that they are prepared to take over early in the game once every five days. So what will Girardi do if, heaven forbid, Sabathia or Burnett has to leave the game early? Who will pitch, Swisher? Finally, Chamberlain is a power pitcher. Thus, when his velocity drops as a starter because he has to conserve strength throughout the game, he is automatically less effective than when he pitches in short bursts every day. While there is the argument that Chamberlain will grow stronger with time, this conditioning can be done at the same time that he contributes to the team from the bullpen.

A healthy Phil Hughes is an incredible asset to any pitching staff and, even without having the opportunity to see his performance during spring training, he is my choice for the fifth starter. Alright, so he has been hurt in the past and even pitched a few rough games here and there, but Hughes has not only proven himself capable of handling the fifth spot, he represents the most strategically sound selection. 2009 was by far Hughes’ best season as he pitched a career-high 86 innings while maintaining a career-low 3.03 ERA. Hughes’ performance in 2009 indicates that he is ready to step into a central role on the team. In giving Hughes the starting job, the bullpen can be strengthened with the addition of Gaudin and Chamberlain and the New York Yankees can enter the 2010 season with another extremely competitive pitching staff and the opportunity for another legendary season.