When the Saints Go Marching In 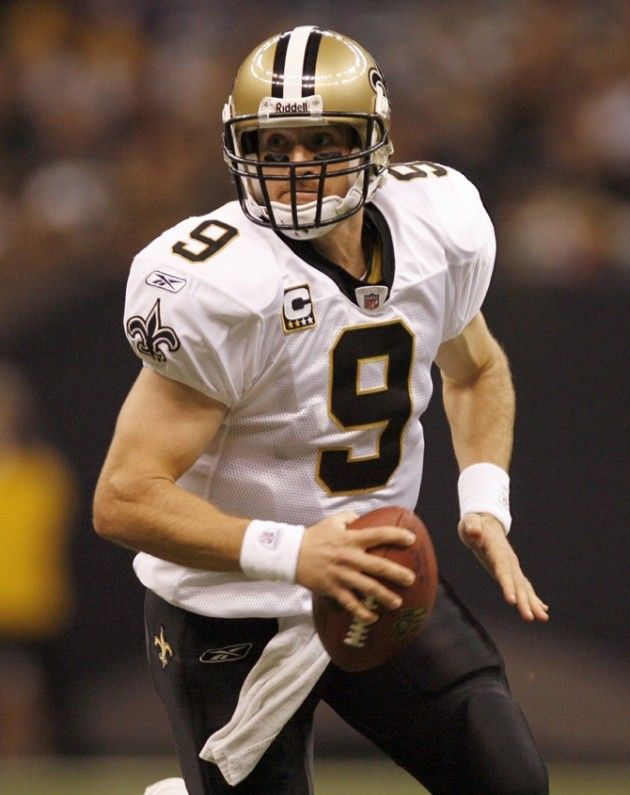 One of the most intriguing stories of the 2009-2010 NFL season is the overwhelming success of the New Orleans Saints. Since the team’s founding, the Saints have had a mostly unremarkable and even painful history. However, with the addition of a new coach and a solid nucleus of determined players paired with an amazingly supportive fan base, the last five years have been profoundly different for the Saints.

But before we can talk about the present, we need to appreciate the dark depths of the New Orleans Saints’ past. The city was awarded an NFL franchise on November 1, 1966. The recently founded expansion team ended their first season with a 3-11 record. For their first twenty years in the NFL, the Saints accumulated a dismal record of 90-186 without a single winning season or playoff berth.

In 2005, Hurricane Katrina devastated New Orleans, and the Saints suffered one of their worst seasons ever. Damage to the Superdome was so massive that the Saints opened up with a home game against the New York Giants, played in the Meadowlands. The team went on to play most of their home games in San Antonio and Baton Rouge, finishing the season with an embarrassing, but understandable, 3-13 record. Talk was heating up about the Saints leaving after the 2006 season, but the move never came to fruition.

Let’s now look at the Saints of recent years, the years under Coach Sean Payton and quarterback Drew Brees. Since his arrival in 2006, Payton has assembled a team with a nucleus of players forgotten by the NFL, players with the motivation, determination, and intensity needed to to get their team out of the dreary depths of the NFL.

Brees, unwanted by the San Diego Chargers after a shoulder injury, was pursued by only two teams, the Saints and the Miami Dolphins, despite being selected to the Pro Bowl. Fortunately for New Orleans, the Dolphins decided to go with Daunte Culpepper, while the Saints signed Brees to a six-year deal. Marques Colston, one of the last picks in the 2006 NFL draft, quickly became Brees’ number one target and an all-pro wide receiver. After the Giants gave up on former all-pro tight end Jeremy Shockey, they essentially abandoned him on the Saints’ doorstep. Pierre Thomas, now the Saints’ leading rusher, was an undrafted rookie free agent in 2006 when he signed with the Saints.

After spending half of the previous season on injured reserve, the New York Jets traded linebacker Jonathan Vilma to New Orleans five days before Week 1 of this season. Jets coach Eric Mangini did not believe that Vilma would fit their new defensive scheme. That was fantastic for the Saints, as Vilma has become the nucleus of the rebuilt Saints’ defense.

The Saints also picked up Darren Sharper, released by the Vikings, who became the league leader in interceptions and a nominee for defensive player of the year. The Saints, unlike other teams who thought Sharper, then 33, was way past his prime, signed him to a one-year deal and thrust him into the starting line-up.

As New Orleans’ only professional sports team for decades, the Saints enjoy a very special relationship with their fans. Before opening day in 2006, Coach Payton gathered his team in the Superdome and showed the inhumane conditions inside their home stadium following Hurricane Katrina. He told his team that their successful performance on the field would provide the inspiration that New Orleans so desperately needed. That year, Drew Brees led the Saints to a surprising 10-6 record and a trip to the NFC Championship. After years of embarrassment, New Orleans fans openly embraced the Saints, finally showing their love for the “Who Dats.”

Since then, New Orleans has truly loved their Saints like a family member. This year, the New Orleans Police Department claimed that during Saints’ games, 911 calls essentially stop, and in the city notorious for having the highest per capita murder rate in the United States, there has been only one murder during Saints’ games this year. For the Monday Night Football game against the Patriots in November, a record 84% of televisions in New Orleans were tuned to the game, shattering all previous records. Knowing their history, it’s exciting that a team, once referred to as the “Aints,” whose fans wore paper bags over their heads, is now on their way to Miami for Super Bowl XLIV.