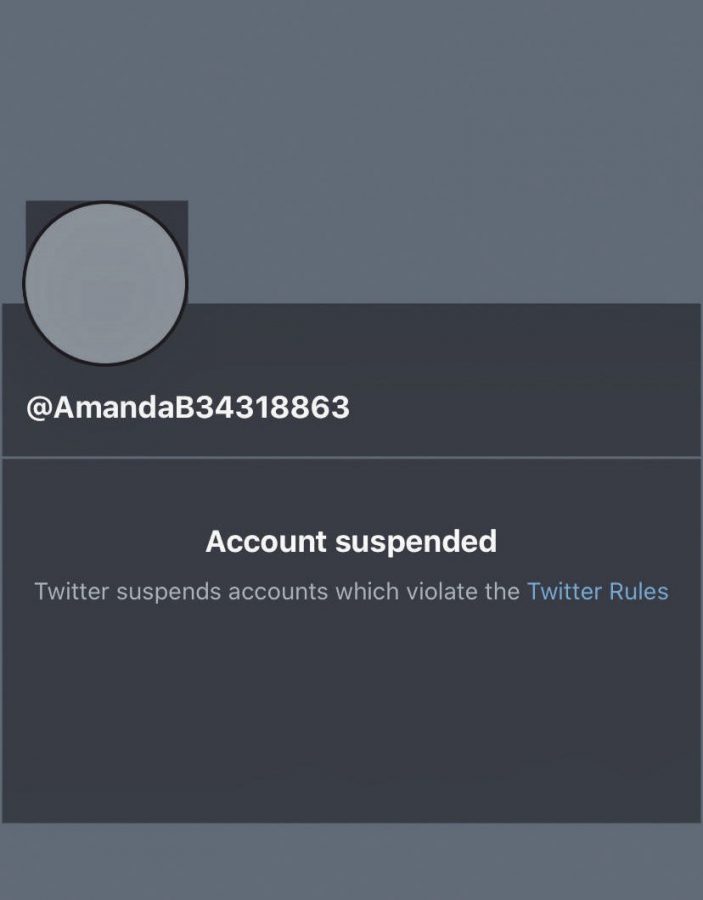 Earlier last week, Colgate students became the target of racial slurs and derogatory language from a Twitter account posing as a Case Library staffer. Operating under the handle @AmandaB34318863, the account specifically attacked Colgate’s students of color and well-known pop stars and public figures, including Cardi B and Chelsea Peretti. The account was reported by non-Colgate affiliated Twitter users to Colgate’s Office of Equity and Diversity, as well as Colgate’s Office of Human Resources. The offices immediately launched an investigation into the account, looking to identify the individual responsible for it. On Friday, October 18, the Colgate community received an email from Senior Advisor to the President and Assistant Dean for Administrative Advising Christopher Wells regarding the Twitter posts and initial findings of the investigation.

“A preliminary investigation has revealed that these posts appear to be the work of a malicious third party who has been engaged in a campaign of harassment, and is not the work of an employee,” Wells said.

As of Sunday, October 20, the account was suspended by Twitter. The suspension was the result of a concerted effort by both Colgate University and local law enforcement reporting the account to the social media giant. Wells reflected on Twitter’s prompt response to the reporting.

“I was pessimistic about how quickly they would respond, but was pleasantly surprised at how soon they did,” Wells said. “I definitely think the pressure and bad press they’ve been getting on fake accounts helped move this along.”

The posts from the account ranged in topic, but appeared to generally promote anti-political correctness and the use of racial slurs. The account repeatedly

targeted pop star Cardi B, responding to multiple posts of hers using historically offensive language to reply to the rapper’s posts. The account also praised Colgate for its majority white student body, and addressed rights to free speech in the context of holding a job at the university.

“I’m new to twitter, just on here to show you liberal snowflakes I can say whatever I want. Just because I work at colgate, does not mean I lose my right to say what I want,” the account posted at 12:05 p.m. Friday, October 18. All grammatical and spelling errors remain from the original post.

Colgate’s investigation into the account quickly found easily-identifiable elements of a fake account. The first step in the investigation involved setting up an interview with the affected employee. During this scheduling process, more tweets directed at Colgate were published, which raised red flags.

“It was almost daring Colgate to fire them,” Wells said, immediately establishing a cause for suspicion.

According to Wells, other suspicious features included the relatively recent creation of the account, its use of photos that were publically available online and its lack of connection to other social media accounts belonging to the affected employee.

“This was educational for me, to see how easy it would be to spoof an account,” Wells said. “It would not have occurred to me that that is something that could happen.”

“I was angry at the [employee] and I was angry at Colgate University for letting someone so dangerously and openly racist work on campus. After seeing the tweet about Colgate students, I looked up the account with the goal of compiling any other racist tweets and sending it to Colgate because I wanted [them] to be fired,” Fretz said. Fretz hopes the community can get more clarity on who was responsible for the spoofed account and subsequent attacks on students.

Senior Luke Meyers, who serves as a Senior Executive Advisor to the Co-Presidents of SGA, had a similar reaction after he was followed by the account early Friday morning.

“I looked at the profile out of curiosity. Once I saw the racist tweets, I looked up the name of the staff member to see who [they are] and what [they do] on campus. I emailed HR right afterwards,” Meyers said.

After emailing HR, Meyers alerted the SGA Executive group chat. This is when SGA Co-President Chris Johns learned of the Tweets.

“I became instantly concerned and wanted to figure out who was tweeting the content. Luke reported it to Human Resources and soon after that people were saying that its a bot or a hacker because of the unusual aciticity” Johns said. “I quickly became disappointed because it seems like something bad happens every year and the fallout from the tweet could’ve been very negative. By 12:30 P.M., I notified Dean McLoughlin on behalf of SGA.”

Tamala Flack, Colgate’s Executive Director of Equity and Inclusion, commented on the incident.

“I don’t know which word I want to use, but I think it is ‘reprehensible’ that an individual trying to harm one individual didn’t care about what kind of harm and impact their words, their act of spoofing this account had on anyone that read it,” Flack said. She went on to state the importance of supporting fellow students, staff and faculty in the wake of the damage created by this racist language.

Wells also reflected on the reaction from the Colgate community as awareness of the account spread through the student body.

“I was proud of how our campus resisted this attempt to create damage and hurt in this community,” Wells said. “We just didn’t go where that person wanted us to go.”

The identity of the individual responsible for the account remains unknown. Local law enforcement is engaged in an ongoing criminal investigation of the account. Going forward, the university is trying to identify new ways to both protect its students, faculty and staff, as well as to educate on safe and savvy ways to utilize social media. Wells identified Colgate’s new Chief Information Officer, Niranjan Davray, who joined the university in August, as a vital resource for this learning process.