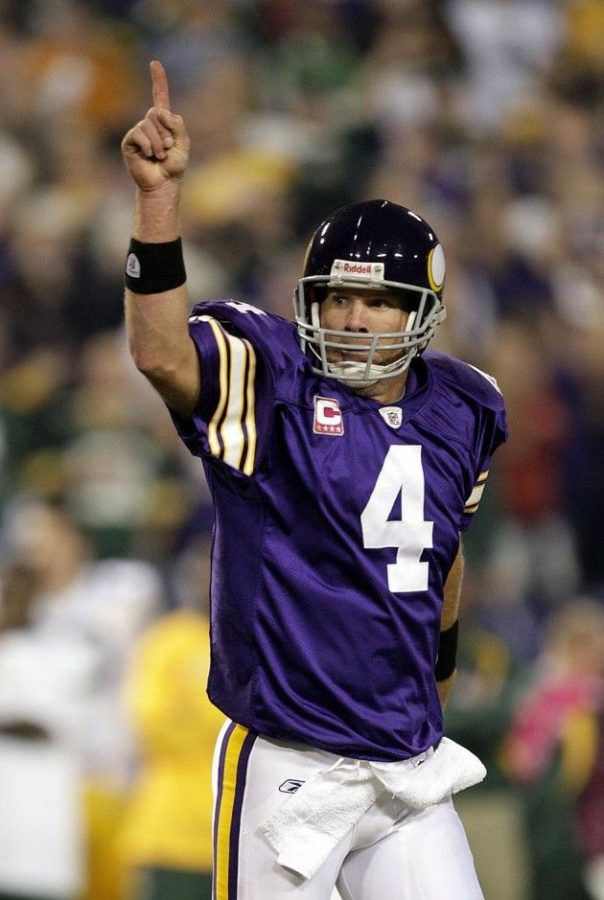 Brett Favre’s last throw for the Packers came in the 2007 season’s NFC Championship game, as he tried to drive his team towards an overtime score that would vault them to the Super Bowl. The throw landed right in the hands of New York Giants’ cornerback Corey Webster. The interception led to a field goal that sent the Packers, well… packing. Sound familiar?

Any mildly interested sports fan out there knows that in the 2010 NFC Championship game, Brett Favre’s (presumable) last throw for the Vikings landed not in the hands of one of his teammates, but those of Tracy Porter, a cornerback for the Saints who saved his team’s season and sent them to the Super Bowl. Now, I’m not saying that Brett Favre hasn’t been a good quarterback for a very long time; he has. But the praise that has been heaped on Favre by various announcers has not been warranted. Yes, Favre has done some great things in his career, including winning a Super Bowl. Yes, he’s great in those Wrangler jeans commercials. But, over the course of his career, it has been his failures on the big stage that have become almost expected, not his successes.

Analysts and fans alike gushed over Favre’s play for the Vikings this season, saying that he had learned to become a “game manager” by avoiding constant interceptions. With a great offensive line, and arguably the best running back in the NFL in Adrian Peterson, Favre knew he didn’t have to do as much and it showed. This season Favre threw only seven interceptions, six less than he had thrown in any other season over his career. As the games passed by and Favre continued playing well, people wondered if the quarterback had finally figured it out. However, when the Saints took the Vikings rushing attack out the game, and the onus fell on Favre to carry the load, his old gunslinging ways reared their ugly head.

For years, Brett Favre has been described as a “gunslinger,” and for some reason, it’s almost always in a positive light. The term roughly translates to “quarterback who takes a lot of chances with the ball.” It’s been a lifesaver for Favre, because whenever he throws an interception the Fox network just puts on what seems like a taped clip of Troy Aikman saying “You know, that’s what you get with Brett Favre. He’s just a gunslinger, and you’ve gotta live with those chances.” Yeah, you do have to live with those chances, but that doesn’t make Favre’s interceptions acceptable. The fact that the QB owns the all-time records for interceptions thrown is routinely overlooked.

Brett Favre suffers from what I’ll call “Cal Ripken” syndrome. For those who don’t know, Cal Ripken was a shortstop/third baseman for the Baltimore Orioles who played from 1981-2001. Cal Ripken, Jr. was a great baseball player, one of the top 50 to ever play the game. But I feel that he is elevated into an echelon a bit too high for him because of the fact that he owns the “Iron Man” streak for playing in the most consecutive games. He was good, but he wasn’t that good. The same thing applies to Favre. Yes, it is amazing that he has played in so many games. In fact, the way Brett Favre returned to the game after taking as vicious a hit as he did in the game last Sunday raised the level of respect I had for him. Just watching the hit in my room caused me to sprain an ankle. Nevertheless, the consecutive games streak does not vault him to the top of the quarterback chain, because Favre can’t hide from all the interceptions he has thrown.

After taking the beating that he did on Sunday, I would like nothing more than to see Brett Favre sign a 1-day contract with the Packers and then promptly retire, fading into the Mississippi Wilderness, hopefully hitting the wrong target less with his hunting rifle. Favre had a great career, and did many great things. But please, let’s not go too crazy over him.