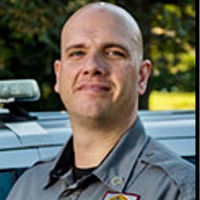 As a campus safety officer, Sergeant Kevin Alt often sees students at their worst. Celebrating 10 years of service at Colgate, Alt still sees the students as the best part of his job.

“[My favorite part of the job] is the students; just getting to know where they are from and what brought them here to Colgate,” Alt said.

Alt has been working for Colgate University since 2009, first working part-time in Huntington Gym. Alt then worked as event staff for sporting events, becoming an announcer for the men’s and women’s diving team home meets. Alt started on his journey toward Sergeant Feb. 2010, getting hired as a part-time officer, becoming full-time in Jan. 2011.  Alt became Sergeant of the department Dec. 2013. Alt maintains that the day-to-day life of a campus safety officer is a lot more mundane than people imagine.

“The officers will respond to calls that come into our office, enforce parking rules, transports, vehicle unlocks and jump-starts. There are also building locks/unlocks, community outreach with faculty, staff and students (this may occur during the patrol of buildings attending a brown bag or any other event taking place on campus). The officers will have reports to type depending on the calls they have responded too and patrol vehicle upkeep,” Alt said.

When campus safety does get a call about a student, their main worry is the student’s safety.

“We either handle the call or we direct it to the appropriate individuals that can. Our primary job though is to make sure that every one that is on our campus is safe,” Alt said.