The Darker Side of Greek Life 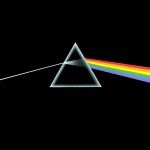 The word “friend” is linked to fr?”o from Old English, meaning “free”, but pledges are hostages to their respective houses, made to follow orders, insulted, demeaned and forced to serve their upperclassmen. They do not find friendship among their “brothers” or “sisters” but comradeship. Friendship encourages individuality and allows us to explore who we are through the eyes of the friend. But comradeship is about the uniformity of sameness and narrow opinions that turn groups into herds. Pledges are not free, at least not in the sense of fr?”o, but are branded and labeled. A man or a woman who refuses to undergo this abuse self-selects him or herself out of the process. This ensures that those who join fraternities or sororities will pay allegiance to the social hierarchy and the sense of exclusive entitlement that comes with it. The process of joining a fraternity or a sorority is an assault on personal identity. Brothers become “Theta Chis,” “Phi Taus,” and “DKEs”. Sisters become “Gamma Phis” or “Thetas”.

These social organizations exclude scholarship students who do not have the extra money to join. This fact neatly divides the campus into the privileged and the less privileged. It divides the campus into those who have or seek the empty qualities of looks or money or superficial charm and those who find their meaning at another level. Those who join the fraternities or sororities conform to group demands. They drink until they throw up. They smoke themselves through the roof. But most dangerously, they adhere to social and class stereotypes that have deformed Colgate into a bastion of snobbish and intolerant elitism. These social organizations effectively annul a liberal arts education, which is about self-expression, individual fortitude, a life of meaning and the capacity for moral autonomy.

The panel discussion about the Campus Climate Survey on November 12 starkly revealed the self-segregation that makes Colgate a stifling environment for those of us who opted out of Greek Life. It is darkly ironic that many of the free answer comments accused minorities of self-segregating, while rich, white kids, who dominate the campus, run exclusive houses where they choose who can join their club and who cannot. The social criteria used to select “brothers” and “sisters” is repugnant to most – especially a person of color – who did not grow up privileged and wealthy.

Bid week is good training for those who want to remain in or enter the suffocating confines of the upper class. Sophomores pitch themselves, or rather an image of themselves, in a desperate effort to sell themselves. If you have a deep love of sculpture, if you find your self-expression translating Catullus or playing the cello, you had better keep these passions to yourself. Difference, in the hands of “brothers” or “sisters,” is fodder for abuse and ridicule. It is better to be a clown, to perform tricks in front of the “brothers” or “sisters” to grab their attention and “put yourself on the radar.” And if these tricks entail caustic put downs of the other pledges around you so much the better. Demeaning others, especially the weak and the different, is the currency of Greek Life.

I asked a friend of mine, “what unites all of you? Why do you have the right to call yourselves Brothers?” He thought a little, and finally said, “it’s because of the s— you go through together.”

But going through “s—” does not make you friends, especially when the “s—” you are enduring is orchestrated by those you want to accept you. Relationships are reciprocal. They are about shared experiences and mutual respect. The relationships fomented in Greek Life are distorted power relationships, ones where an eager subordinate does everything, including acts of self-abasement, to enter the higher social circle above him or her. It is good training if you want to spend your life in a corporation and then numb yourself on the weekends in a country club, which I guess a lot of these people do. The quintessential frat boy is George W. Bush, who first appeared in the national media when, as president of his fraternity at Yale, he defended the practice of branding pledges with lighted cigarette butts. And some students wonder why many students on campus retreat from this circus in disgust.

Fraternities justify their presence by holding up small acts of community service. This gives them, like the corporations many of the rich serve, a moral veneer, a public image that masks true intentions. Greek organizations no more care about community service, which should be centered on building the common good for all students and inclusiveness, than ExxonMobile cares about clean energy. The cynicism behind these petty acts of charity by Greek organizations is exposed by the constant assaults these organizations make on authentic community.

Colgate has, as the Campus Climate Survey pointed out, a serious impediment to its stated mission. Those who cherish the values inherent in a liberal arts education are at best excluded and often deeply alienated and unhappy at Colgate, as the survey makes clear. But the greatest tragedy for Colgate is that the destructive power of Greek Life is aided by the moral cowardice of a trustee board and an administration that refuses to confront the problem..