The Economics of Breast Cancer Care 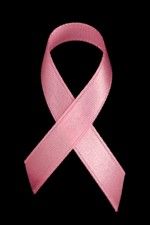 If my mother had followed the new U.S. Preventative Services Task Force recommendations, and waited until 50 to get a mammogram, she’d probably be

Ask any health care professional and they will agree that with breast cancer, or any other form of cancer, the most successful form of treatment is early detection. For breast cancer, that requires women receive yearly mammograms starting as early as age 35 or 40 and doing self exams on a regular basis.

For over three decades the American Cancer Society and prominent breast cancer research foundations like the Susan G. Komen Foundation (think Relay for Life) have advocated these early detection practices for women, and breast cancer deaths have declined steadily.

Today, the Preventative Task Force wants to change that.

First, let’s be clear about who this task force really is. The task force is a group appointed by the government to assess risks and make new policy recommendations. Of the 16 members, not one is an oncologist, and most are professors or deans at medical or public health colleges. But two of them are deeply involved in health insurance companies. This group then hired another group, which included four oncologists and two other cancer specialists to collect data. This group of oncologists then turned their statistics over to the task force, who interpreted the statistics and gave those recommendations to the government.

Is your head spinning yet from the circuitous bureaucracy? So now you have this rather questionably qualified group of doctors who may have an intellectual understanding of medicine, but are not regularly practicing and they’re going to tell us how to approach cancer.

This is what they say: 1. No mammograms until age 50. 2. Reduce frequency of mammograms to one every two years. 3. No mammograms for women over 75.  4. Don’t do self examinations. Don’t agree? Neither does the American Cancer Society, a majority of practicing health care professionals nationwide and numerous other well-respected organizations.

The task force claims to be statistics based. Their explicit argument is that the rate of lives saved through mammography in the 40 to 49 age range is not worth the cost.

Approximately one per every 1900 women are saved. The cost according to the task force is that the test is painful and stressful for women. Yes and dying of cancer, losing your hair to chemo therapy and worrying about cancer is much better than taking a yearly test that might bruise you for a day!

Callous economics are obviously the driving motivation behind the task force’s recommendations. Who cares if women do monthly self exams in their home? Or spend one day a year getting a mammogram? Well, if the country adopts a public health care option the government just might care. Women who do self exams get more mammograms than women who don’t do self exams. The logic is simple, if you think you feel a lump, you’ll get it looked at. If you never look and never find that lump nobody has to pay for a mammogram because you won’t even know you need it.

Why not test women under 50 and over 75? You’re restricting to a smaller population which will result in less mammograms and less cost. True ages 50 to 75 is the highest risk range, but many women get breast cancer before 50. Olivia Newton John, Sheryl Crow and my mother come to mind! Many women also get breast cancer after 75. Without early detection women would simply develop late stage cancers and by the time it was noticeable. Without a mammogram it would be far too late to effectively treat with any means.

Given this information, I can only wonder what is it that this preventative task force is trying to prevent: costs or breast cancer deaths?