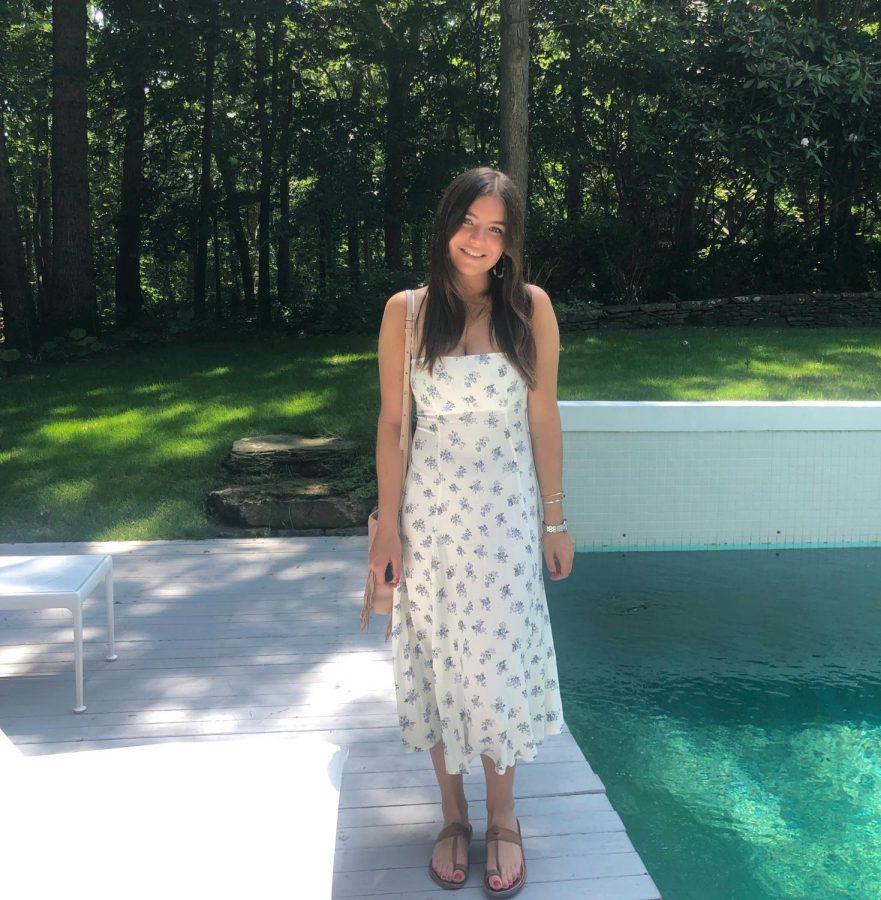 If you’ve ever walked into the Eatery or Flour & Salt and seen a brunette in giant, face-engulfing sunglasses with a chain hanging from the rims, you might have been confused. You just encountered senior Ruby Wald. The Swinging ’Gates crooner is known for her big personality and equally big stage presence. At their most recent concert, Wald sang to a flustered senior along with her fellow ’Gate, senior Kayla Darini. When asked about serenading unsuspecting male audience members, a well-known tradition of the a cappella group, Wald responded enthusiastically.

“It’s so [fun]! There is truly nothing better than watching a boy forget every social skill he’s ever learned as you sing to him at close range,” Wald said.

Wald took a break from the stage this summer, though, to work behind the scenes at Late Night with Seth Meyers. Serving as the General + Talent Intern, Wald got to see everything that goes into the nightly shows hosted by SNL alumnus Seth Meyers.

“It was amazing to work on the show; everyone who works for Seth, from the writers to the production coordinators, is so smart and funny,” Wald said, “And it was so interesting and electrifying to be in a work atmosphere where something is always changing and the show is being worked on until the last possible second.”

Wald describes herself as an avid pop culture fan and loved being in an environment where that was everyone’s main focus. The challenge of working in such an environment is having to stay up-to-date on every aspect of pop culture and current events, down to the minute. Wald loved following the evolution of the show every night leading up to the 6:30 p.m. taping. She also describes the excitement of the rare live show.

“[The show] went live after MSNBC had the Democratic debates, so one of my favorite memories was watching the debates live in the office, and then experiencing the writers coming up with jokes in real time. Also, staying afterwards all the way through the show finishing at 2 a.m.,” Wald said.

While her time at Late Night is over, Wald still has a year left at Colgate. Catch her at a Swinging ‘Gates concert, but boys, keep your wits about you if she chooses you as the recipient of the legendary serenade.